Nick Offerman, best known as Ron Swanson from NBC’s “Parks & Recreation,” and Kevin Harrington, one of the original sharks from “Shark Tank” will be headlining Connect IT Global. Get your tickets to Las Vegas or our virtual event today! > https://www.connectit.com/global/ 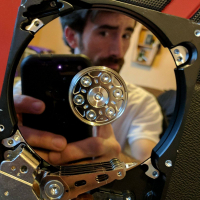 I'm getting a ton of residual files left from other management systems, stuff from GPOs (in one case the DC failed) and occasionally the generation of ptchscn2.xml doesn't work. But almost universally patching fails. I can set a Windows update policy in some cases, doesn't seem to make a difference.

I know in the cases of ptchscn2.xml failure this might not work, but would it be possible to poll machines for the status of Windows Update/Patch Management? At least then we'd have a place to start when coming on to a new site.