Happy Independence Day from all of us at the Connect IT Community! Our US offices will be closed on Monday, July 4th, 2022 in recognition of the holiday. Limited Support staff in the US will be on-call and available for critical Service(s) Down issues only. Normal Support operations in the US will resume on Tuesday, July 5th, 2022. 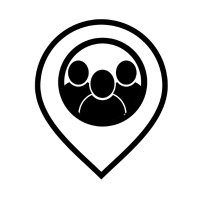 Steve Sirag Member
March 2020 edited January 24 in Request
I'm trying to run an agent procedure on my SCVMM (System Center Virtual Machine Manager) system that will reset a specified target Hyper-V VM managed by SCVMM; this is for a use case in which the target system isn't responding to any commands, so Kaseya reboot procedure not possible. The Powershell commands to do so are simple but require the target system is named in the command. I can't figure out a way to either supply the target system name at the time of the requested reboot, or to glean the system name from #vAgentConfiguration.machName# but supply that variable to a script that runs on a separate system (the SCVMM management system).

Is there any way to get a procedure to request input at the time of scheduling by the user, or for a script to be run on one managed system using a variable from another managed system?
Tagged:
0
0
0 votes

This discussion has been closed.